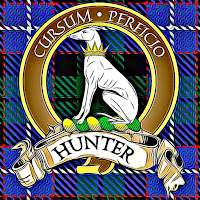 In 1985 I made a number of trips to the General Register Office (image below) in Princes Street, Edinburgh to research my ancestry.
That was before digitisation so it was necessary to physically search the civil registers of births, marriages and deaths.
I also spent hours looking through Old Parish Registers and census records.
It was a laborious process, but after a couple of weeks enough information was gathered to construct a basic family tree. 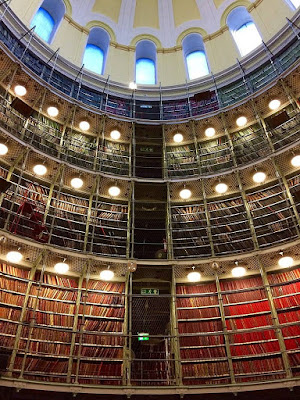 It's now 2021 and I've finally found time to create a spreadsheet (saved as a PDF file) which summarises what I discovered some 35 years previously.
It has to be said that but for the pandemic this would probably never have happened!
The Hunter Family Tree is online.

There are entries from around 1765 to the present day.
To protect privacy I've removed the dates of birth and marriage of living people on this file.

I've just signed up on the Scotland's People website which will with any luck help fill in missing dates and sort out a few dubious looking entries.
It should not be long before I'm updating both the family tree and this blog page.

The use of Google sheets to create the chart has it's limitations but I'm reasonably happy with the outcome.
All named individuals have a unique ID number which ensures entries can be easily located and cross-referenced with photographs.
The IDs of all siblings and their partners begin with the same initial letter of the alphabet.
Males are in blue and females yellow.
The spouse of any person born with the surname Hunter has an extended ID number.
For example Alexander Hunter (B4) is married to Elizabeth Torbit (B4.1) in this image. 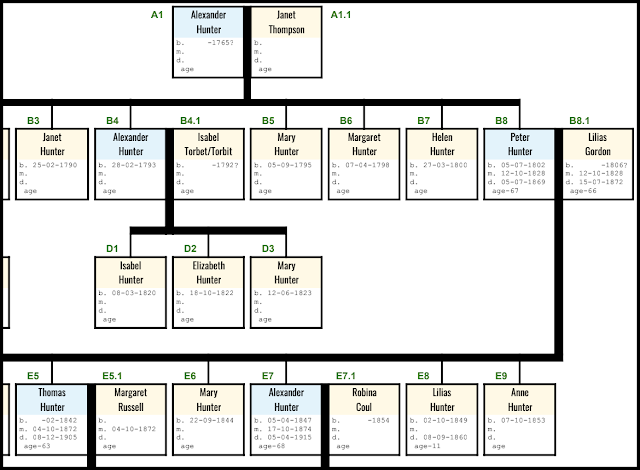 As you'll see the first entries are Alexander Hunter (A1) and Janet Thompson (A1.1)
They resided in Prestonpans.
Alexander is estimated to have been born around 1765.
Their eighth child Peter (B8) married Lilias Gordon (B8.1) and they in turn had nine children.
It was helpful in searching that the names Alexander and Lilias cropped up regularly within the family over the subsequent 150 years.
Large families were of course commonplace in the 19th century, while infant and child mortality was very high. This was very much the case within the Hunter family. 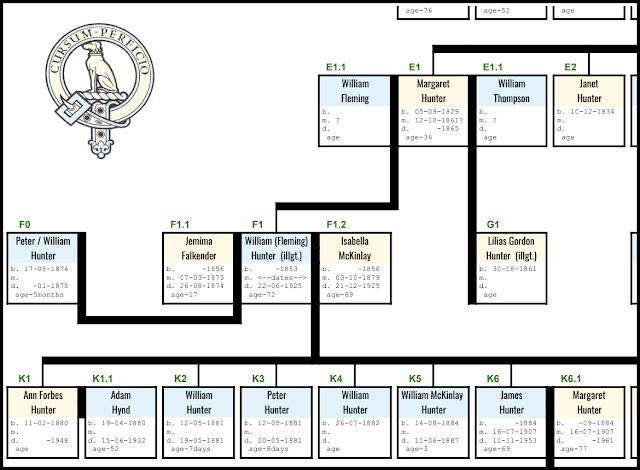 The first child of Peter and Lilias was named Margaret Hunter (E1).
It is said that every family has a skeleton in the cupboard and it looks as though the unfortunate Margaret was responsible for ours.

Margaret seemingly enjoyed, or more likely endured, a short but eventful life.
There's a little uncertainty about who fathered her children.
Her son (my great grandfather) retained the surname Hunter and is recorded as being illegitimate.
However the notes I made in 1985 show that Margaret was twice married.
I'll have to check that again, now I have online access.

Margaret's son William Hunter (F1) married 17 year old Jemima Falconer (F1.1) in 1873.
On that marriage document William's father is named as William Fleming an engineer, the one and only mention of that individual.
Jemima died 9 days after giving birth to a son (F0) who lived for only 5 months.
A little more research is needed on this.

William went on to marry Isabella McKinlay (F1.2) six years later in 1879.
No father is named for William on that record of their marriage.
William and Isabella had 13 children.
The family migrated from Prestonpans to Lochgelly.
The move from one mining community to another was made around 1888-89.

I've devoted a separate and far more detailed page to William, Isabella and their children after they moved to Lochgelly. 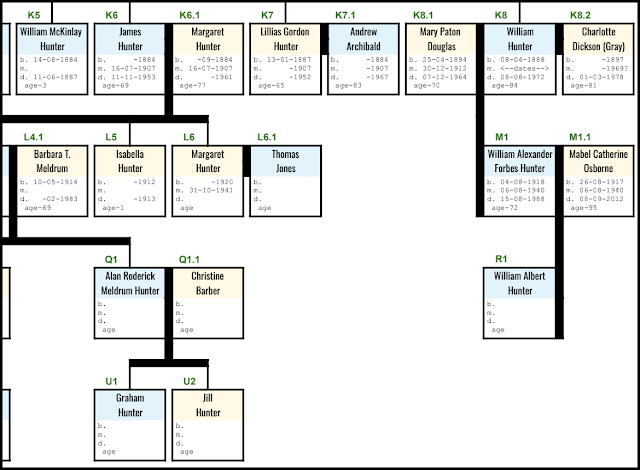 The eighth child of William and Isabella, yet another William (K8), was my grandfather.
He lived much of his life in Crombie, Fife and has been mentioned in a previous blog post.

My father William Alexander Forbes Hunter and mother Mabel Catherine Osborne are M1 & M1.1 on the family tree.
The names Alexander and Forbes were given in memory of my father's uncle (K12) who died in action during the Great War.


This is obviously very much an ongoing project.
I'm still looking through old photographs. 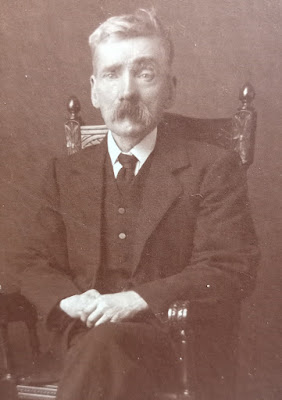 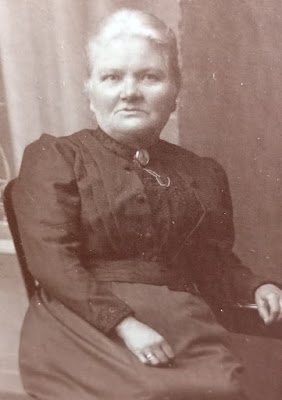 Isabella Hunter b.1856 (F1.2)
There are further blog pages relating to the Hunter family genealogy.
On one there's much more about William, Isabella and all of their children when living in Lochgelly and and on another there are links to copies of entries in civil registers of births, marriages and deaths for viewing in the form of PDF and image files.

If any members of the Hunter clan are able contribute to this family tree please don't hesitate to get in touch.
There's a contact form at the foot of this blog.