Aboard HMS Hermes Sailing For Gibraltar in Mid-1960s 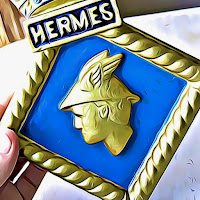 HMS Hermes (R12) was a conventional British aircraft carrier and the last of the Centaur class.
In service with the Royal Navy from 1959 until 1984 she served as the flagship of the British forces during the Falklands War.
After being sold to India in 1986 the vessel was recommissioned and remained in service with the Indian Navy as INS Viraat until 2017.
In 2020 it was announced that Hermes was to be scrapped.
These are photographs taken when I was aboard HMS Hermes on my way to Gibraltar in the mid-1960s.
The aircraft carried at that time were Fairey Gannets and Westland Whirlwinds. 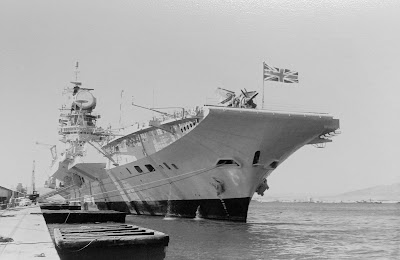 HMS Hermes flying the Union jack when moored in Gibraltar. 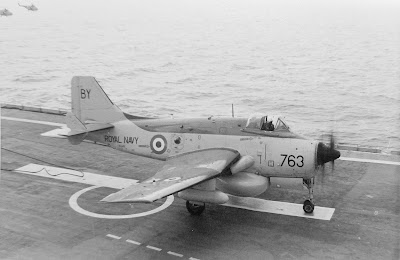 Fairey Gannet having just landed on HMS Hermes.
The aircraft was developed for the Royal Navy's Fleet Air Arm. 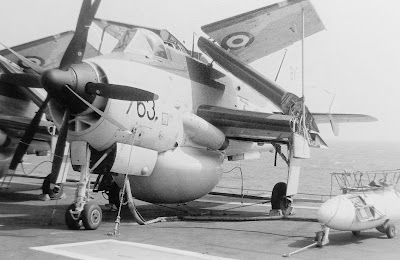 Fairey Gannet on the flight deck of Hermes.
It was used in an airborne early warning (AEW) role on carriers.
This aircraft carried a crew of three. 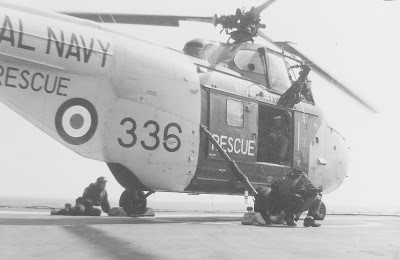 The Westland Whirlwind served the Fleet Air Arm.
Anti-submarine, and search and rescue, were its main roles. 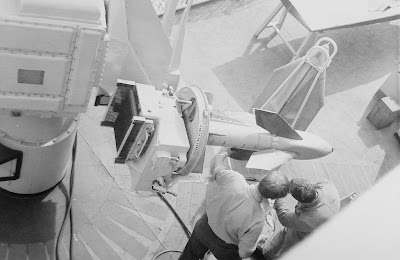 Seacat was a short-range surface-to-air missile system for warships.
This photo was taken around the time it was first deployed on Hermes. 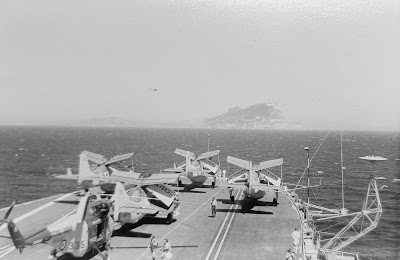 Fairey Gannets and a Westland Whirlwind parked on the flight deck.
HMS Hermes is approaching Gibraltar. 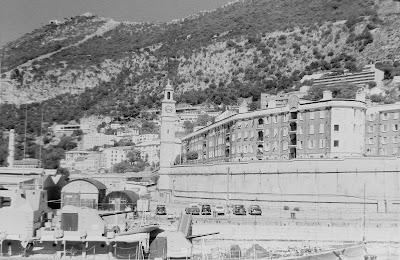 In the foreground an unknown warship within the Dockyard.
Would anyone care to hazard a guess which?
The Royal Naval Dockyard in Gibraltar finally closed in 1984. 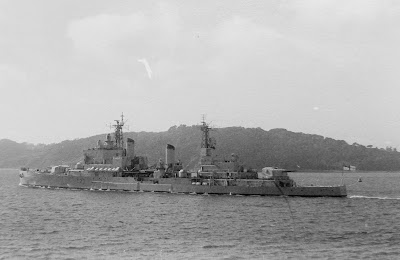 HMS Tiger (C20) not far off Portland.
Photographed from aboard HMS Hermes.

My album would not be complete without the inclusion of at least one photo of Gibraltar's Barbary macaques, aka apes.
I have of course to confess I created this animation from a recent video!
Here's a link to a folder which includes the above images plus a few others of Hermes.
As for my being aboard that ship, it was simply because I was employed by the Ministry of Defence as an armament supply officer for the Royal Navy and the authorities in their wisdom elected to send me on a jolly to Gibraltar.
Please feel free to download any of these images or add a comment.

Chris Riggs said…
hello .. my name is Chris RIGGS I live in Exeter ... I was lucky to be part of a small contingent of Exeter Sea Cadets aged 15 (TS EAGLE) who was aboard HMS Eagle in 1966 to Gibraltar . we spent 2 weeks on board and I remember watching the World Cup' 66 and riding on go carts below decks in the hangers. The trip was arranged for us by TS Eagle (Lieutenant Eric RAINSBURY who was Commander at the time and cost 22 shillings and sixpence each !!
my email is chrisriggs972@btinternet.com
May 23, 2021

Bill Hunter said…
Hi Chris. Thanks for commenting.
Sounds like you had a good time! ... I expect HMS Eagle carried Gannet aircraft and Wessex and Whirlwind helicopters at that time much like Hermes.
May 25, 2021